Drinking games tend to be a rite of passage on most college campuses. While the practice of organizing games around alcohol consumption is nothing new, having first been introduced at Darmouth College back in the 1950s, these games have proliferated in the decades since.

No longer is binge drinking in college relegated to a few fraternity boys, instead students across the student body, males and females alike, now embrace these drinking games. Drinking games continue to be popular, with new ones continually popping up. Games such as beer pong (Beirut), Flip cup, Jenga, Avalanche, or King’s Cup seem to be a mainstay at the college party scene.

Because these young adults may be thrilled to be away from the watchful eye of parents, the social scene is very attractive. Although still legally underage, many college kids ignore the law regulating alcohol use and happily indulge anyway. Unfortunately, these young adults are often unaware of the dangers of binge drinking in college, or at any time of life.

What is Binge Drinking?

Most people are aware of the meaning of the word binge. We might binge Netflix shows, binge on ice cream or chocolate, or binge clean our homes. To binge simply means to do something to excess. Binge drinking is exactly that, the consuming of high levels of alcohol in a short period of time. This equates to about 5 drinks or more for males and 4 drinks or more for females, in a period of about two hours.

According to the Centers for Disease Control (CDC), binge drinking is a significant health risk in our country. The CDC reports that one in six adults will binge drink four times per month, and state that the highest levels of binge drinking behavior are individuals in the 18-34 year old bracket. Among those under age 21 who reported a history of drinking alcohol, most admitted to binge drinking large amounts of alcohol.

When someone engages in binge drinking they will quickly experience the initial impact of the high alcohol intake. They will become uncoordinated, slur their words, experience nausea and vomiting, become shaky, and lack the ability to exercise good judgment.

What Are the Dangers of Binge Drinking?

With binge drinking behavior comes the real risk of alcohol poisoning. Alcohol poisoning occurs when the level of ethyl alcohol in the person’s system overwhelms the body’s ability to metabolize it, becoming toxic. These toxins impact every major organ through the bloodstream, and can suppress the respiratory system, potentially resulting in death.

Binge drinking presents other serious risks as well. Consider the long list of risk that results from binge drinking in college:

Participating in binge drinking in college can also negatively impact academic performance. Intense hangovers cause the individual to miss classes, fail to complete assignments on time, and see grade point average decline as a result.

What To Do in the Event of Alcohol Poisoning

When someone is experiencing alcohol poisoning they must not be left alone. While awaiting the emergency responders, try to remain calm. Do not give them anything to drink or eat. Keep the individual on his or her side to avoid aspiration of vomit. Try to keep them awake by calmly talking to them until help arrives.

Solutions 4 Recovery provides effective treatment for individuals with an alcohol use disorder. Using a proven, evidence-based approach, the team at Solutions 4 Recovery will guide you safely through the steps of detox (if needed) and treatment, while helping you make the fundamental changes for your lifestyle in recovery. Young adults will learn how to sidestep the social events that are centered around drinking and find new, healthy recreational activities to take their place. For more information about the program, please contact Solutions 4 Recovery today at (888) 417-1874. 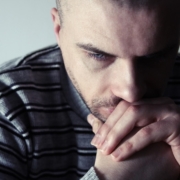 Signs of an Alcoholic Relapse 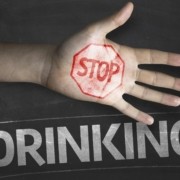 When You Can’t Stop Drinking Beer and Alcohol 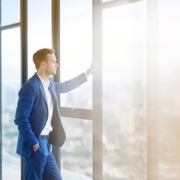 14 Signs of a High Functioning Alcoholic