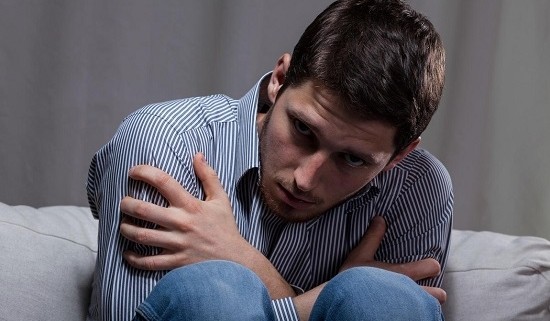 Who would ever think that the partying so common in young adulthood could possibly result in end stage alcoholism and death, but in reality it actually can. Most people become acquainted with alcohol in the college years, where booze-saturated parties are the weekend norm. Most college kids will cycle through this phase unscathed, reining in their alcohol intake as they being their careers and begin to settle down in the mid to late twenties. But for some, maybe those with a strong genetic predisposition for alcoholism, or unusually high alcohol tolerance, or who may struggle with serious life events or trauma, alcohol abuse continues unabated.

Alcoholism involves both physical and psychological dependence in the latter stages. While drinking may have begun as a recreational activity, those whose alcohol consumption continues to ratchet upward will, in time, find they begin to need the substance in order to not feel sick. This happens when the mind sends the message that alcohol is a necessary tool for social functioning or stress reduction. This reflex to reach for alcohol then becomes entrenched as an addictive habit. If the heavy, consistent alcohol use continues, the individual will also become physically dependent on it. This means that without the constant influx of alcohol consumption they will experience awful withdrawal symptoms. Now the individual is both psychologically and physically dependent.

About Alcohol Use Disorder Diagnosis

Alcohol use disorder is the umbrella term utilized in the DSM-5 under which the severity of a drinking problem is determined. The DSM-5 is a diagnostic tool that provides eleven common features of alcohol abuse. Depending on the number of factors that the individual presents with, a diagnosis is made regarding the severity of their disorder. Based on the responses to the questions, the individual will be staged with a mild, moderate, or severe alcohol use disorder. From that point, the clinician will devise a treatment plan accordingly.

What Are the Three Stages of Alcoholism?

Unlike some substances that can become highly addictive immediately, such as opiates, alcoholism encroaches systematically over time. No one starts off as a chronic, severe alcoholic. The fact is, that some individuals can abuse alcohol for many years, as a high functioning alcohol, before the drinking finally crosses the line and becomes a destructive force. Other people can become addicted to alcohol fairly quickly, maybe within a year or two of heavy consumption, and reach that crisis point even as early as one’s mid-twenties. It is still not understood why such a disparity exists in terms of the length of time between each stages of alcoholism.

Early stage, or mild alcohol use disorder, is diagnosed when two or three of the eleven factors are answered in the affirmative. This stage features occasional binge drinking, usually involving 18-25 year old males. Most will outgrow this dangerous activity, but some will not and will move on to the next level of alcohol use disorder.

Chronic alcoholism, or a moderate alcohol use disorder, is diagnosed when 4 or 5 of the eleven factors are present. This stage features a habitual use of alcohol, often over a period of years. This stage may involve a psychological component, such as a co-occurring mood disorder or other emotional need to self-medicate. In this stage, individuals often drink in isolation and begin to withdraw socially. This stage reveals negative consequences due to chronic use of or reliance on alcohol, such as a job loss or relationship problems.

End stage alcoholism, or severe alcohol use disorder, is diagnosed when six or more of the factors are present, indicating both psychological and physical dependence has taken root. This stage features adverse health effects caused by the disease, possibly including depression, pancreatitis, cirrhosis of the liver, anemia, nerve damage, high blood pressure, dementia, or cancer. The drinking is now controlling the person, and serious negative consequences have compounded, such as a DUI, divorce, loss of a job, impairments in daily functioning, and suicidal thoughts or attempts.

As serious as end stage alcoholism is, it can still be treated and managed if the individual is highly committed to recovery and has a strong support system present. A medical detox is imperative, as delirium tremens is a serious threat for individuals suffering from severe alcoholism. During a medical detox, the individual will be closely monitored 24/7 throughout the detox and withdrawal process.

Treatment for the alcohol dependence will involve a multi-layered therapeutic plan that helps the individual shift their behavioral responses away from reflexive, addictive behaviors through cognitive behavioral therapy and other therapies. In addition, naltrexone will usually be utilized as part of the treatment plan for the individual with severe alcohol use disorder.

Continuing care following the rehab program is essential for individuals with severe alcohol use disorder. This involves ongoing therapy, participation in a recovery community, and restoring physical health through nutrition and exercise.