You are here: Home1 / Addiction2 / Signs of Alcoholism in College Students and Getting Treatment 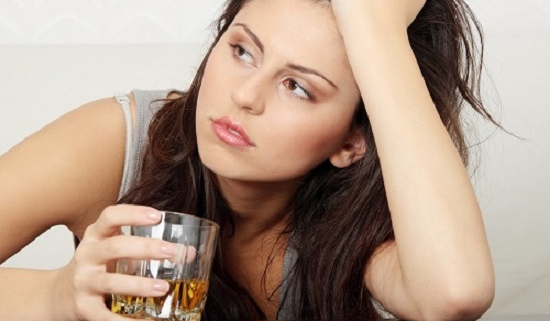 If you think you can’t possibly become an alcoholic in young adulthood, think again.  Statistics reveal that heavy alcohol use doubles between the ages of 18 to19, then ramps up another 55% throughout the early 20s, with nearly 13% of 22 year olds self-proclaimed heavy alcohol users.  Of those 65,000 22 year olds with a drinking problem, many will indeed develop alcohol dependency. Factors such as a family history of alcoholism, psychosocial issues, a co-occurring mental health disorder, or past trauma or abuse can be attributed to who develops alcohol dependency and who does not.

Much statistical evidence supports the belief that the earlier a person begins to drink alcohol, the higher the chances become that he or she will later develop the disease of alcoholism.  According to the National Institute of Alcohol Abuse and Addiction, kids who began to drink before the age of 15 were four times more likely to develop alcohol addiction later.  In the early teen years, peer pressure, risk-taking behaviors, impulsivity, and social problems can contribute to drinking in adolescence.

But it is at age 18, when a large percentage of kids leave home and go to college, that alcohol use ratchets up.  As young adults the newfound freedom from parental supervision can be a heady time, with the party atmosphere that pervades many campuses being highly attractive.  Immersed in the college party culture, young adults who are predisposed to alcoholism can find themselves well on their way to acquiring the disease as tolerance increases.  These individuals who make heavy drinking or binge drinking part of their weekly, if not daily, routine will consume increasingly higher amounts of alcohol to achieve the same result.  Parents who are knowledgeable about the signs of alcoholism in college students can be proactive in getting their kids the help they need before the alcohol abuse escalates.

What Are the Signs of Alcoholism in College Students?

Parents, or the young adult themselves, may begin to witness changes, both physical and behavioral, that they would rather not acknowledge. It is a myth that young adults can’t develop alcoholism.  No one wants to admit that they have, or their young adult child has, a serious drinking problem. However, while remaining in denial is convenient at the time, it will later be considered a mistake.  Getting help early on, when noticing the signs of alcoholism in your young adult, is critical to their future.

The signs of alcoholism in college students may include:

If your adult child is exhibiting some or most of these signs and symptoms of an alcohol use disorder (AUD), they need professional treatment.  After completing a medical detox, the young adult will receive therapy and engage in experiential treatments that help them get to the bottom of what is contributing to the AUD, examining emotional pain or past traumas, as well as changing the destructive addictive behaviors through cognitive behavioral therapy.  They will also be treated for a coexisting mental health condition if a dual diagnosis is made.

Solutions 4 Recovery is a leading addiction and dual diagnosis treatment provider located in South Orange County, California.  Getting help for your young adult early in life can offer them hope of enjoying a fulfilling and healthy life in recovery.  Delaying treatment only allows the disease to progress to chemical dependency, increased health problems, and mounting legal, academic, work, and relationship consequences.  If you have questions about the signs of alcoholism in college students, please contact Solutions 4 Recovery today for guidance and effective solutions at (888) 417-1874.

Getting Treatment After Becoming Addicted to Pain Pills After Surgery