You are here: Home1 / Addiction2 / Nutritional Supplements That Can Boost Mental Health And Help During R... 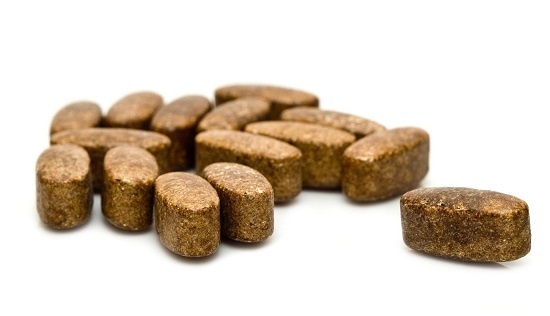 Protecting brain health and mental health with good nutrition is essential while recovering from drug and alcohol addiction. Brain imaging studies of people addicted to drugs display physical changes in areas of the brain associated with learning, memory, judgement, decision making, and behavior control, which in turn leads to cravings and enables compulsive and destructive behaviors, the National Institute on Drug Abuse reports. Additionally, opiates typically cause gastrointestinal problems and nutrient depletion, while alcohol prevents nutrients being broken down and assimilated, resulting in nutritional deficiencies. Supplementing with important nutrients has the power to make you feel better mentally and physically during recovery and support you in overcoming addiction.

Amino acids are essential for boosting brain health in recovering addicts. In fact, amino acid therapy is now a common treatment wherein amino acid solution is typically injected into the bloodstream by trained physicians. However, simply supplementing your diet with amino acids can effectively result in improved mental health. Drug and alcohol consumption interferes with the brain’s ability to regulate neurotransmitters — the body’s chemical messengers. For example, cocaine stimulates the brain’s dopamine production, a “feel-good” neurotransmitter that elicits feelings of pleasure.

Magnesium — a mineral that plays a role in over 300 enzyme reactions in the body — is very important for protecting neurological health. It decreases levels of stress and anxiety, lifts depression and brain fog, and boosts mood. In particular, magnesium has been found to decrease intensity of dependency on substances like opiates, nicotine, cocaine, amphetamine, and alcohol, and helps diminish withdrawal symptoms during the recovery process. It’s also been found to lower relapse rates, especially in cocaine and amphetamine addicts. Most people, however, are deficient in magnesium — particularly those experiencing alcohol addiction and withdrawal.

Fortunately, in alcoholics, magnesium has been proven to reduce withdrawal complications, the severity of withdrawal symptoms, and the need for anti-anxiety medication. Magnesium works by stimulating the brain’s reward system and regulating the production of neurotransmitters, which in turn decreases cravings for harmful substances. There are a number of delicious foods rich in magnesium, such as, dark chocolate, bananas, pumpkin seeds, almonds, avocado, and leafy green vegetables like kale, spinach, and collard greens. However, magnesium can also be supplemented in the form of tablets, body oil, and Epsom salt baths — which is often necessary since feelings of stress and anxiety, along with a number of common psychiatric drugs, typically deplete magnesium stores.

For example, one study published in the Journal of Clinical Psychopharmacology found citicoline supplementation helped participants addicted to cocaine reduce their usage of the drug. The participants were instructed to withhold from taking cocaine during the study and researchers measured lower levels of cocaine in participants’ urine at the conclusion of the study. Additionally, another study published in the Psychopharmacology journal asked participants recovering from cocaine addiction to take 500mg of citicoline twice a day for two weeks. The supplement was found to reduce cravings for cocaine amongst participants.

There’s also preliminary research indicating citicoline may help people recovering from cannabis, alcohol, and food addiction. Food isn’t a strong source of citicoline and direct supplements are therefore an effective way of consuming the nutrient. Alternatively, choline can be found in foods like beans, cruciferous, vegetables, and eggs.

Omega-3 fatty acids are essential nutrients that protect brain health, improve mood and wellbeing, and aid sleep and memory. These essential fatty acids are also effective at preventing depression and anxiety, as well dementia and Alzheimer’s disease. When it comes to addiction, high levels of anxiety is a common reason for relapse. Omega-3 fatty acids have been found to reduce anxiety and help withdrawal symptoms in addicts. A study published in Psychiatry Research looked at relapse rates in people with cocaine addiction after being discharged from a drug detox program. Participants who didn’t relapse were found to have higher levels of omega-3 fatty acids in their blood than participants who did relapse.

Researchers at Indiana University discovered mice addicted to alcohol drank much less when given a DHA supplement compared to mice who didn’t consume DHA. Additionally, omega-3 fatty acids have been found to lower levels of cortisol, a stress hormone, in abstinent alcoholics. Omega-3 fatty acids are found in fatty fish like mackerel, sardines, salmon, and herring, as well as chia seeds, flaxseed, walnuts, and soybeans.

Good nutrition is essential for protecting your mental health and wellbeing in recovery. The right supplements can help produce and balance healthy levels of chemicals in your brain and prevent feelings of stress, anxiety, depression, and irritability, which can often lead to relapse. Amino acids, magnesium, citicoline, and omega-3 fatty acids are some of the most important supplements that can support you mentally and physically on the path to sobriety.

Stages of Relapse and Relapse Prevention